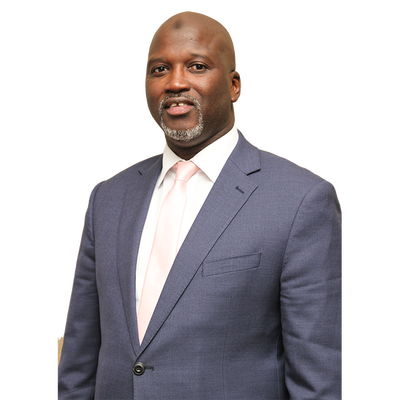 Attorney General and Minister of Justice

Mr. Abubacarr M. Tambadou is the Attorney General and Minister of Justice of the Republic of The Gambia. He was born in The Gambia on 12 December 1972. He obtained an LLB (Hons) from the University of Warwick in 1997, and an LLM (Merit) in Human Rights Law from the School of Oriental and African Studies, University of London in 2002. He is a member of Lincoln’s Inn in the United Kingdom and a Barrister and Solicitor of the Supreme Court of The Gambia having been called to the Bar of England and Wales (BL) and The Gambia Bar in 1999.

Until his appointment as Attorney General and Minister of Justice in February 2017, he was the Special Assistant to the Prosecutor of the United Nations Mechanism for International Criminal Tribunals (UNMICT) for Rwanda and the former Yugoslavia. Before joining the International Criminal Tribunal for Rwanda (UNICTR) as a prosecutor in 2003, Mr. Tambadou was a State Counsel at the Ministry of Justice of the Republic of The Gambia and subsequently a private legal practitioner in The Gambia with a particular interest in human rights law and practice between 1998 and 2003. At the UNICTR, he was involved in the prosecution of four senior military officers implicated in the 1994 Rwandan genocide including the former Chiefs of Staff of the Rwandan Army and Gendarmerie.

In 2008, Mr. Tambadou became an Appeals Counsel with the Appeals and Legal Advisory Division of the Office of the Prosecutor of the UNICTR. He handled several appeal cases including the appeal of Colonel Theoneste Bagosora, the former Chef de Cabinet of the Rwandan Ministry of Defence and the man many believed to be the mastermind of the 1994 Rwandan Genocide.

In 2012, he became the Special Assistant to the Prosecutor of the UNMICT, a position he held until his appointment as Attorney General and Minister of Justice of the Republic of The Gambia.